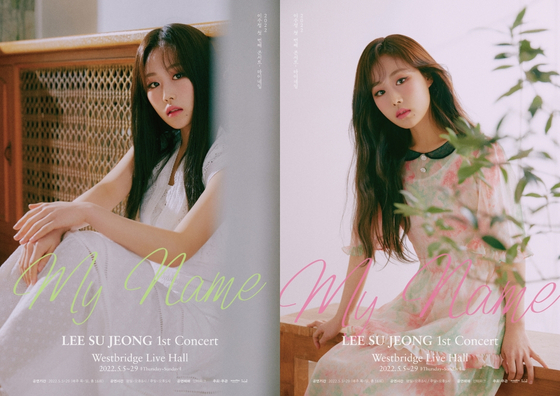 
Singer Lee Su-jeong, a former member of now-disbanded girl group Lovelyz, will be holding a series of solo concerts from May 5 to 29, Woolim Entertainment announced Wednesday.

Lee will hold a total of 16 concerts over the course of four weeks at the West Bridge Live Hall in Mapo District, western Seoul. The concert is titled “Lee Sujeong 1st Concert [My Name].”

It marks Lee’s first solo concert since her debut as a Lovelyz member in 2014.

Tickets for the concert will be available from 8 p.m. on April 15.