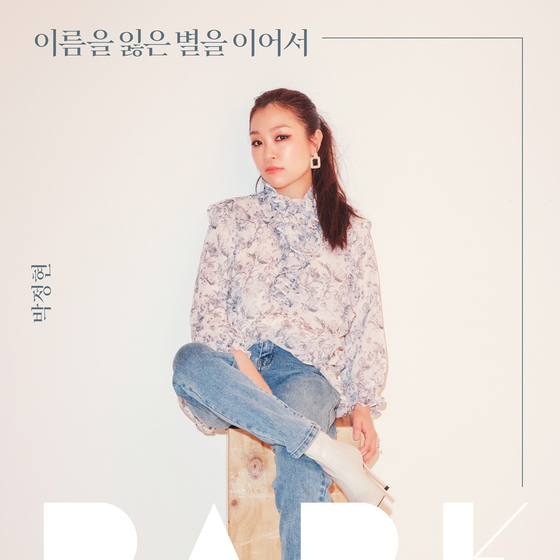 
Singer Lena Park, also known as Park Jung-hyun, will be dropping a new EP “Following the star that lost its name” (translated) at 6 p.m. Wednesday.

The new EP consists of two songs, the title track and “My Spring.” Both songs, according to Bonboo Entertainment, will be a good listen during the spring season.

The label said that Hong So-jin and Kim Hee-won composed the song, and Yon Sarah and Kim Ji-soo wrote the lyrics. They are the hit-makers, according to the label, behind numerous hits of artists IU, Crush and Kim Bum-soo.

Her latest release was “It’s Winter Again” three months ago.

Park’s ninth album “The Wonder,” released in July 2019, is Park's latest full-length album. The American-born singer debuted in 1998 with “Piece.” Park, who is known for her powerful voice, has been enjoying consistent fame since her debut.