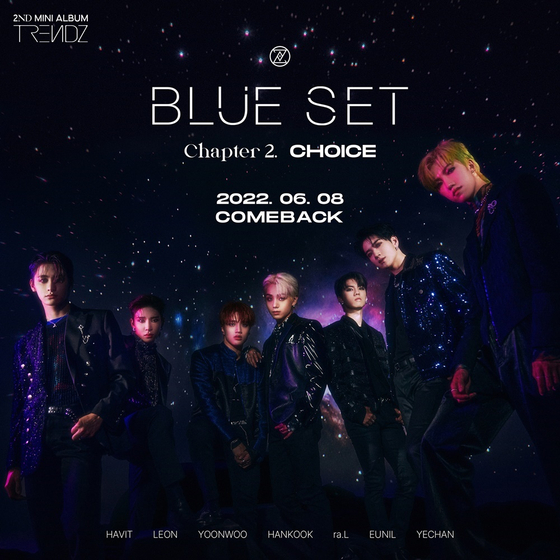 
Boy band Trendz will release its second EP “Blue Set Chapter 2. Choice” on June 8, according to Interpark Music Plus on Monday.

Trendz revealed a teaser image at midnight announcing the release date for the new EP.

The starry, deep blue backdrop of the teaser image hints at the continuation of Trendz’s universe, which takes place in a mysterious space named the “blue set.”

The boy band of seven — Havit, Leon, Yoonwoo, Hankook, ra.L, Eunil and Yechan — debuted in January with its first EP “Blue Set Chapter 1. Tracks.” Prior to its debut, the band was known for uploading dance cover videos of other K-pop idol groups.

Trendz will continue to drop teaser content and communicate with fans in the days leading up to June 8.