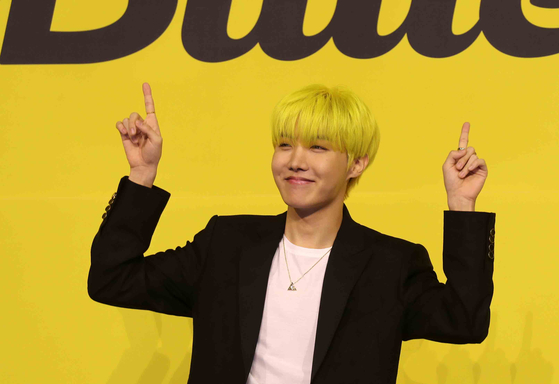 
BTS's J-Hope will be the group's first member to release solo music, according to a statement from HYBE Labels on Wednesday.

In the band's YouTube video celebrating its ninth anniversary on Tuesday, J-Hope had said that he was already in the process of making a solo album.

Under strict agency rules, the band was obligated to work only as a group.
In the past, the members had showcased their individual musical talent works through mix tapes, which are unofficial albums, and original sound tracks. But none of the members released their own official solo music in the last nine years.

Though details of J-Hope's upcoming solo project have not yet been revealed, it can be speculated that it will drop sometime in the summer as he is slated to headline one of the main stages for this year’s Lollapalooza music festival in Chicago on July 31.

RM also teased his upcoming solo project in the video saying "The thing that I am preparing has no uniformity. The genres are all different and it's all over the place."

Jimin, Jungkook and V said that they had started working on their own songs as well.

Jin expressed an interest in acting.

"I have always wanted to act," he said. "It is a way for me to learn many different things according to the roles.

BTS to hold concert in Seoul next month