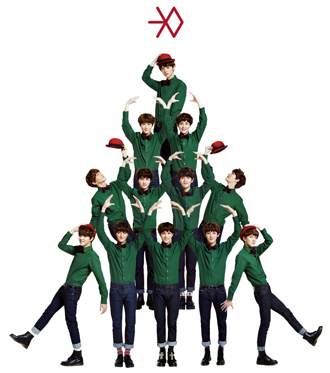 Popular K-pop group Exo has hit a milestone not seen in more than a decade - it has sold more than one million copies of its album “XOXO (Kiss & Hug).”

However, the group did need a bit of help to make the magic mark. It actually released that album twice: first in June and then in August in a slightly repackaged format. The original release sold 470,000 copies and the repackaged edition sold 530,000, according to the group’s agency, SM Entertainment.

The last records to top one million sales were Kim Gun-mo’s seventh album and g.o.d’s fourth, both of which were released in 2001 before the Internet transformed the music industry with online sales and piracy.