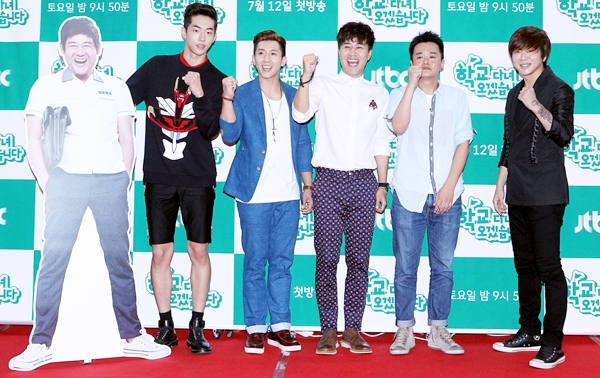 The JTBC entertainment show “Off to School” won its highest national viewership rating on Saturday, according to Nielsen Korea.

The 10th episode, which aired Saturday on the cable channel, an affiliate of the Korea JoongAng Daily, recorded 3.96 percent.

On the program, celebrities relive their school days by visiting a local high school, wearing the school uniform and mingling with the students there throughout the week.

The show debuted on July 12 and kicked off with a viewership rating of 2.5 percent. It soared to 3.8 percent in mid-August.