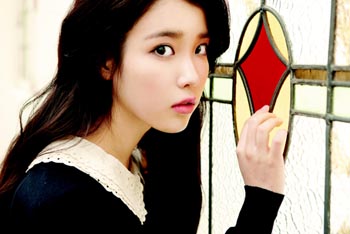 According to the music portal Web site Gaon Chart, 10 out of 13 tracks on the singer’s new album have made it on the list of the top 10 most-downloaded tracks, and the remaining three tracks have reached 11th, 12th and 14th place on various music downloading sites.

The title track, “You and I,” has been downloaded 1,129,761 times and topped the album, singles and streaming charts.

Since its introduction last week, the song has become more popular than T-ara’s “Cry Cry,” moving the girl group down 13 spots on the singles charts.

Composer and singer Yoon Sang, former member of the band Panic, Lee Juck and producer Ra.D are some of the contributors to the album.