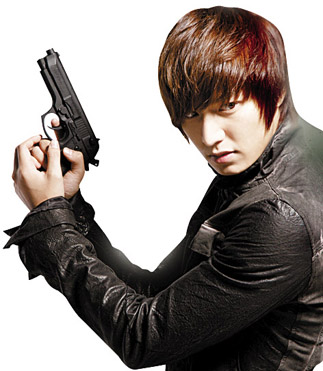 There is much speculation surrounding a possible collaboration between Korean actor Lee Min-ho and Chinese actor Andy Lau.

Local media has reported that Lee's popularity is rising in China, and the actor has been approached by various production agencies there.

"Lee is a superstar in China, his fame easily surpassing that of other Korean idol stars," an insider from the Chinese entertainment industry told Korean media. "The Korean actor has been inundated with offers to feature in various genres ranging from fantasy to martial arts and detective films. Of the many proposals pitched to the actor, there is one offer from Andy Lau."

Lee's agency confirmed that the star has received a number of offers from China, but added "We are taking our time to think over each proposal, and we'll make our selections accordingly."

Lee rose to fame from his leading role on the teenage drama "Boys Over Flowers." The Hallyu star was also picked as the model to promote Toyota's midsize Camry in the United States, with his advertisements targeting Asian-Americans.