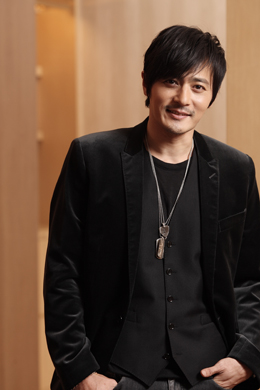 Hallyu movie star Jang Dong-gun will return to the world of TV dramas in May, 12 years since his last drama role.

Jang will star in the 20-part SBS weekend drama “A Gentleman’s Dignity,” which will be written by Kim Eun-sook and directed by Shin Woo-chul, both of whom co-wrote the 2010 hit drama “Secret Garden.”

The new drama featuring Jang has been described as a middle-aged male version of the popular U.S. sitcom “Sex and the City.” Other celebrities to star in the show are Kim Min-jong and Kim Su-ro. The female lead has not yet been confirmed.

“Although Jang hasn’t signed the contract yet, he is currently in talks about conditions and details related to his participation in the drama,” said a representative from AM Entertainment, which expects the deal to be finalized soon.

Jang’s last drama role was in MBC’s “All About Eve” back in 2000. Last year, he stared in the blockbuster movie “My Way,” directed by Kang Je-gyu.

“My Way” is based on a TV documentary about the tumultuous life of a man who was conscripted into Japan’s Kwantung Army and forced to fight for three countries – Japan, the Soviet Union and Germany – during World War II.