Han and Yeon deny plans to open a wedding studio

Han and Yeon deny plans to open a wedding studio 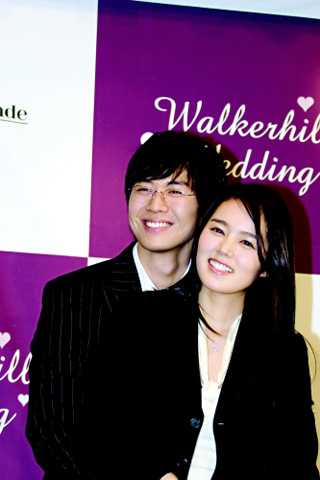 Celebrity couple Han Ga-in and Yeon Jung-hoon have denied that they will soon become owners of a wedding studio worth around 10 billion won ($8,926,260). Rumors started circulating early on Feb. 3 that the couple was considering opening a studio in Busan’s Haeundae District.

Rumors were fueled by a construction company spokesperson who said, “This will be the first time that a wedding studio of this scale is being built in Busan. Yeon spent a lot of time last summer looking around and loved the site where the studio is being built. The building permit was issued last month and we are working on the interior at the moment.”

The site in question is estimated to be around 2,213 square meters (0.5 acres) and it is thought that if the couple were to open a studio it would become a leading studio for couples tying the knot in Busan.

Han is currently starring in the hit MBC drama “The Moon Embracing the Sun.” Meanwhile, Yeon was in the news in January for bringing a suit against a movie production representative for defrauding him.