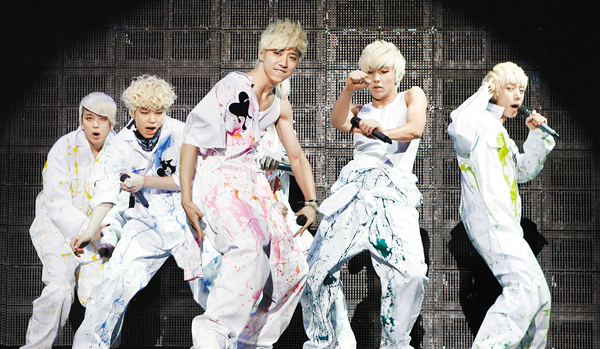 
Newbie K-pop group B.A.P has managed to make it to the 10th spot on the Billboard World Albums chart of international music with its debut album “Warrior.”

The chart will be published on Feb.11, just over two weeks since the album’s Jan. 26 release.

“The achievement is phenomenal considering ‘Warrior’ wasn’t released worldwide but is only available on iTunes. This is a significant milestone for the band,” said a representative of B.A.P.

The band had not taken part in any extra promotions of its music apart from a concert held at Jangchung Gymnasium in central Seoul on Jan. 28 and several TV appearances on Korean domestic television stations. At the band’s first concert, more than 3,000 fans - mostly teenagers - came to cheer on the new group.

B.A.P stands for “Best. Absolute. Perfect,” and the blond-haired members were marketed by its agency as boys from another planet who have come to earth to make their debut.