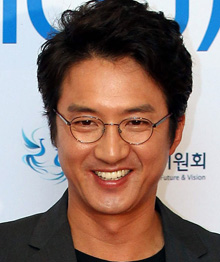 Actor Jung Jun-ho has announced that he will countersue the financial manager of his Happy Angela wedding business for defamation. The business partner had claimed that Jung embezzled money from their joint venture.

“There is no truth whatsoever to the claim, and we will take legal action because of the defamatory statement made by the man,” Jung’s representative said.

Jung’s spokesperson said they were dumbfounded by the “ridiculous suit and denied rumors that they are still in a partnership.

The financial manager told local media on Wednesday that the two partners took out a loan of 2 billion won of which Jung embezzled 800 million won. He officially filed the claim on Tuesday at the Seoul Central District Prosecutors’ Office.

Jung made his debut in 1995 after being recruited by MBC at a talent scouting event.