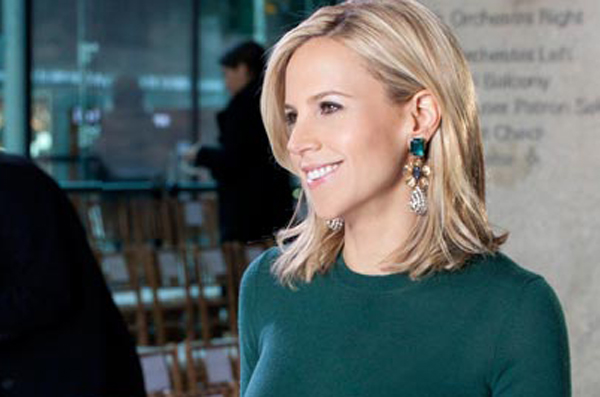 
American fashion designer Tory Burch is slated to appear in an episode of the new SBS drama “Fashion King.”

The scene featuring the women’s apparel and accessories designer was filmed recently at a hotel in Manhattan, SBS announced yesterday.

In the episode, Burch plays a fashion school dean alongside actresses Sin Se-gyung and Han Yui.

The U.S. designer appeared to have bonded with her Korean co-stars, expressing her fondness for them in a post-filming interview.

“At first, Korean actors appear reserved and a bit uptight. However, we found them to be so polite and humble - the kind of people you like more and more as you get to know them,” Burch said.

The drama, which will begin on March 19, follows ambitious youth trying to make names for themselves in the cutthroat world of fashion.