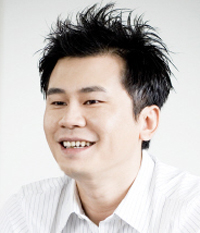 The head of YG Entertainment, the agency behind K-pop phenomenon Big Bang, touted the band’s achievements in an interview with Yonhap News, ahead of the release of the band’s new album.

CEO Yang Hyun-suk said that he doubts he’ll ever be able to create a band that can top Big Bang and likened the band’s chemistry to the chemistry between lovers – a rare but a potent reaction.
“I’m sure I will keep producing hit K-pop groups but it’s a really rare thing for all of a band’s members to come together in perfect harmony while maintaining their distinct personalities,” Yang said. “After Big Bang, it may never happen again.”

He attributed the band’s success here and abroad to the band’s individuality, a rarity in the K-pop market.
“In J-pop and K-pop, groups are known for their perfect in-sync choreography and collectivism. When you see Big Bang on stage, you will notice that each member is busy doing his own thing.”
The band’s long-awaited six-song EP “Alive” was released yesterday.

Yang also talked about the campaign to promote the album, saying, “Each song will be of a different genre, and in order to promote each song we made an unprecedented move to declare all songs as title tracks.”