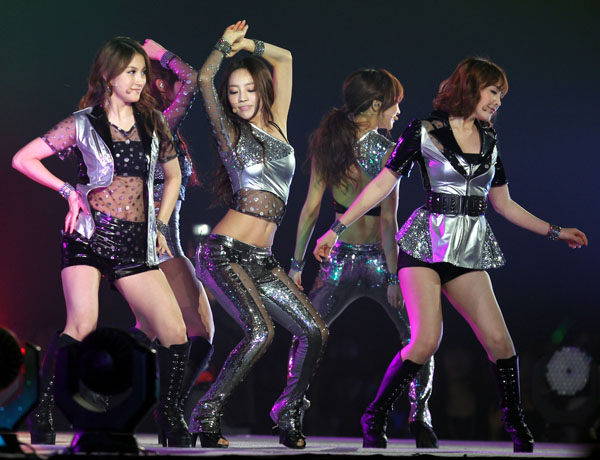 
K-pop stars teamed up for a K-pop concert that took place in Okinawa, Japan on March 4 for “World Music Festival in Okinawa.” The concert took place at the Okinawa Cellular Stadium and featured artists such as KARA, 2PM, Infinite, Rainbow, Secret and ZE:A, among others.

The showcase was divided into two parts, the first being the “Oh Joon-sung Drama Concert,” which saw music producer Oh Joon-sung from the hit dramas “Boys over Flowers” (2009) and “Inspector Princess” (2010), conducting a symphony orchestra. Vocal group Monday Kiz also sang hit songs such as “Goodbye My Princess” and “Paradise” which are tunes from the two dramas.

In the second part of the showcase titled, “K-pop Special Live,” idol bands took to the stage to sing their hit songs.

The festival marked the 40th anniversary of the reversion of Okinawa to Japanese administration.