Three Shinhwa members admit to plastic surgery prior to debut

Three Shinhwa members admit to plastic surgery prior to debut 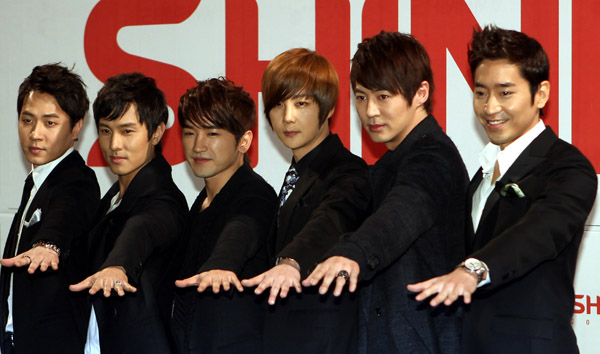 
Three members of the 1990s boy band Shinhwa, which has recently reunited, have admitted to having had plastic surgery. The three members - Jun Jin, Kim Dong-wan and Shin Hye-sung - revealed their secret yesterday on KBS2 TV’s “Win Win.”

When asked “Are you naturally handsome?” only members Andy, Eric and Min-woo answered “Yes.”

When the host of the show asked Jun Jin why he didn’t reply, he said, “Obviously because I had work done,” as the audience erupted into laughter.

The three spoke candidly about their procedures.

“When I was in my final year of high school, I was with SM Entertainment, and the agency gave Jun Jin and I the procedures as a gift,” Kim said.

Shin told a similar tale, saying, “There was pressure from the agency, and it was hard to refuse.”

The boy band is currently busy promoting its 10th album, which will be released this year in time for the band’s 14th anniversary. It will perform in Korea from March 24 to 25 before departing on a tour of Asia.