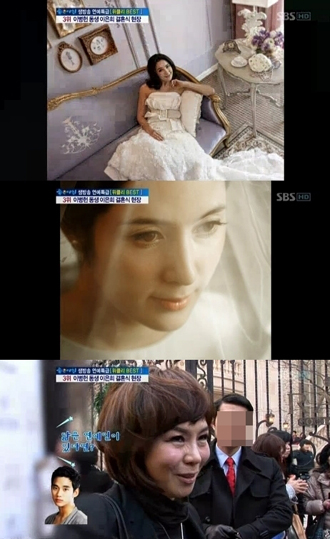 On the following day, the SBS morning program “Good Morning” revealed the festivities that took place outside the venue as well as behind the scenes.

Despite the media frenzy surrounding the wedding since the announcement in early January, the event happened away from the prying eye of the media, as Lee wished.

According to singer and guest Hyun Sook, the groom was described as a “handsome man, similar-looking to the actor Kim Soo-hyun.”

The ceremony was attended by more than 1,200 guests, with many celebrities in attendance.

Singer Kim Heung-kook told “Good Morning” that Lee Byung-hun walked his sister down the aisle, causing a sight that “moved the bride’s mother to tears.”

“Both Lee Byung-hun and his mother seemed ecstatic, as they should be. Lee Eun-hee found a keeper -- good for her,” said Kim.

When Lee broke the marriage announcement, the groom was described as being well-liked among his peers and having a mild and pleasant disposition. Unlike Lee and her brother, the 35-year-old groom is an average salaryman.

The wedding garnered attention due to Lee’s involvement in the planning process.