The lost heroes of Korean dramas

The lost heroes of Korean dramas 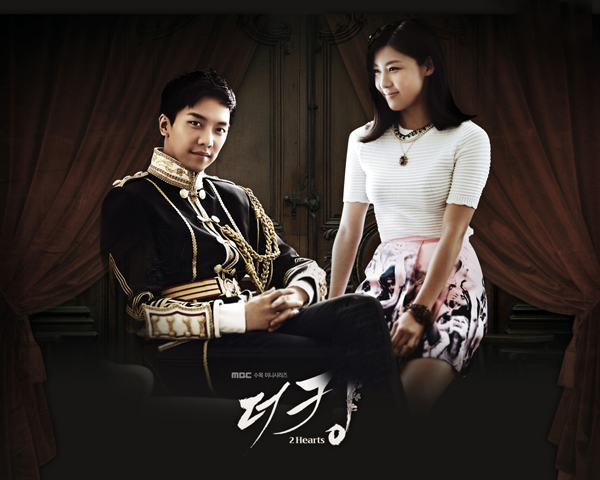 A scene from the MBC drama “The King 2 Hearts

In the SBS drama “Rooftop Prince” (2012), the crown prince of the Joseon Dynasty suddenly appears in the middle of contemporary Seoul, jumping in time over 300 years. Starving on the streets without money, he observes people eating steaming cups noodles at a nearby convenience store.

The prince looks at the customers with pleading eyes, but when they walk past unmoved, he bellows at the store employees, “Get ready to serve those noodles to me right now!”

They stare coldly at the unruly man donning anachronistic hanbok and call the police, who handcuff him and drive him away.

The Joseon Dynasty crown prince depicted in SBS’s latest drama is a perfect exemplification of the tectonic shift in Korean dramas’ relationship with authoritative figures.

Ahead of the upcoming legislative and presidential elections, the popularity of misplaced, frivolous kings in period dramas is unprecedented; unlike the benevolent rule of kings and princes in “Tears of a Dragon” (1996-98) and “Taejo Wanggeon” (2000-2), networks have catered to current tastes that perhaps reflect a public fed up with hardline politicians.

“The current audience doesn’t believe that a king can enlighten the multitude,” said Yoon Seok-jin, a critic of Korean dramas. “Romance or comedy is now mainly used to undermine the king’s authority.”

Yoon added that with the rapid increase in public participation in politics, mainly through the use of social networking services, audiences are less inclined to follow the typical period dramas in which only one leader or an elite minority is depicted as heroically influencing the masses.

Recent examples can be found on almost every major network. In the MBC drama “The Moon Embracing the Sun” (2012), the king often breaks down in tears thinking about his first love. In the hit series “The King 2 Hearts,” the king is a snob who doesn’t care about royal authority.

Joseon rulers to be depicted in upcoming films have changed in similar ways. Both King Gwanghaegun of “The King of Joseon” (2012) and King Sejong of “I am a King” (2012) have storylines in which the kings leave the throne to see what life as a slave is truly like. 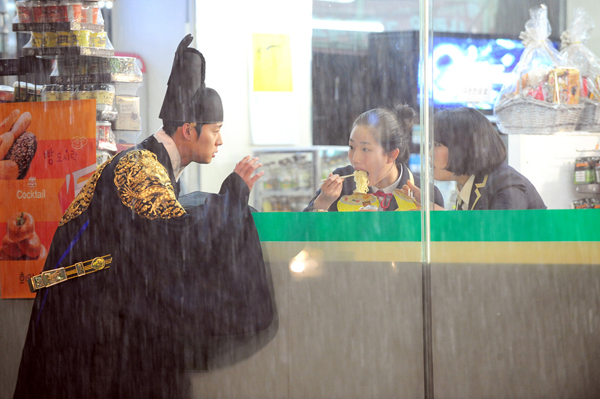 A screenshot from the SBS drama “Rooftop Prince”

And audiences have responded with delight. “The Moon Embracing the Sun” recorded the highest viewer ratings of 42.2 percent, according to statistics released by AGB Nielsen, a media research group based in the Philippines.

Jung Deok-heon, a drama critic, said that it seems as though the widespread reception of the disappearance of political heros do reflect the public’s political views. He said these programs show an audience’s rejection of established politics.

Dramas that aired during previous elections tended to depict heros restoring order in a turbulent age, Jung said. With Korea emerging from the 1999 Asian financial crisis, the public was looking for strong leadership to direct them toward economic stability.

“Tears of a Dragon” and “Taejo Wanggeon,” two prominent shows at the time, focused on kings who marked a new era after overcoming the chaos of the Goryeo (918-1392) and Unified Silla (668-035) periods. Another hit drama, “Lee San,” also told the story of King Jeongjo of the Joseon Dynasty, who made various heroic and bold reforms throughout the kingdom.

But now, Jung said, the public does not believe that a hero or strong political figure can bring peace and prosperity.

Dramas instead depict them in a humorous light or use their status to contrast the struggles of the average citizen. Kings now feel pity for the people and cry for them. 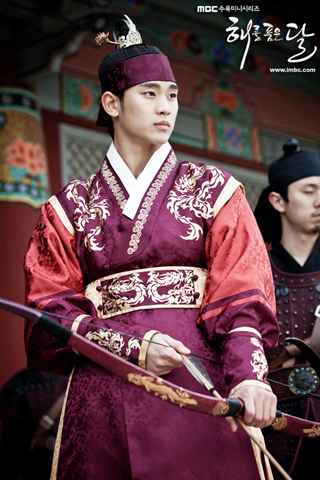 Kim Soo-hyun, who played the role of the young Joseon king in the drama “The Moon Embracing the Sun.”

Critic Yoon said that this trend reflects how the public wants to see a political leader who cares about the general livelihood of the people, rather than a strong figure struggling for power.