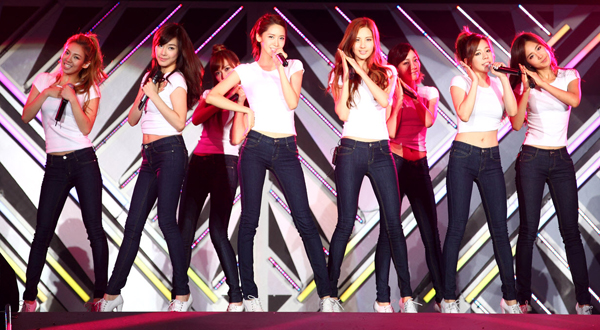 
Girl’s Generation, SHINee, Super Junior, BoA and TVXQ’s concert will be free for viewing for Korean fans on April 9.

MBC network will air the 90-minute program entitled “SM Town Live in Tokyo” for the first time, giving Korean fans the chance to watch the concert as well as some backstage interviews from the show that took place in September last year.

Artists belonging to the record label SM Entertainment dazzled fans at the Tokyo Dome last year in front of more than 150,000 audience members. The show, which was to run for two nights was extended for an additional night due to fan demand.

The MBC coverage of the event will show the backstage surroundings of the SM Town concert, featuring interviews with Taemin from SHINee and Super Junior’s Sungmin, among others.

Meanwhile, SM Entertainment announced on April 4 that its bands are set to perform in the United States later this year.

The event, cohosted by MBC and SM Entertainment, will be held at the Honda Center in Anaheim under the title “MBC Korean Music Wave in L.A.” on May 20.
The agency has hosted two world tours so far.