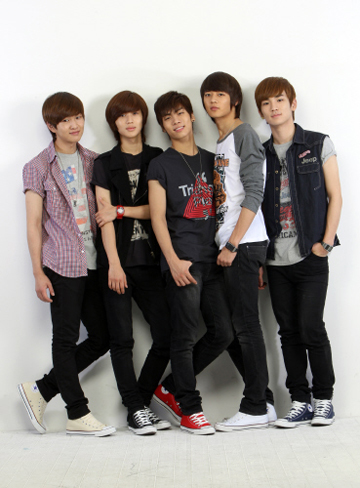 SHINee’s Onew will reveal the funny side of his personality when he appears on an episode of the sitcom “Oh My God x2.”

In the episode to air on April 23, Onew will star opposite fellow agency member and singer Sunday.

The two will play lovers, but the twist in the story is that the romance turns out to be all a dream in Sunday’s mind.

“I’ve been good friends with Sunday from when we were trainees, so it was so much fun to work with her,” said Onew.

He said that he had always been a fan of the comedy show based on the lives of married couples, and said it was such a treat to get to appear on the show.