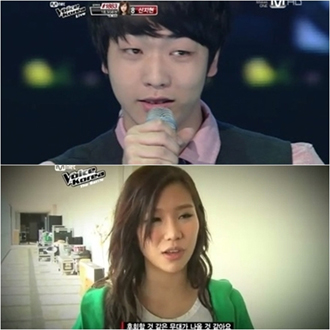 Mnet announced that two contestants from its singing-survival program “Voice of Korea” have found love on the show.
A representative from the cable network told local media on April 19 that contestants Park Tae-young and Shin Ji-hyun were indeed dating.
“The staff members knew early on and Baek Ji-young, their mentor, no doubt knows about it too.”

The two are both 21-years old and became close after being placed in Baek’s team. Although Shin was disqualified on April 6, Park is still in the rounds, having secured a favored vote from his coach and mentor Baek.
Park will compete against three other contestants on the show, which will air on April 20.