‘Always’ to hit cinemas in Japan

‘Always’ to hit cinemas in Japan 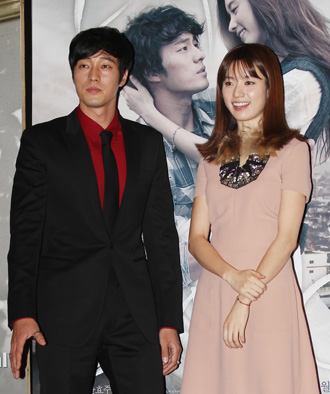 So Ji-sub and Han Hyo-joo

To mark the Japanese premiere of their hit film “Always,” actors So Ji-sub and Han Hyo-joo will attend a meet-and-greet event with fans on June 7 in Tokyo.

The announcement was made on Saturday through the official Web site of the Korean movie that is set to open in cinemas in Japan on June 30.

The tragic love story starring two of the finest Hallyu actors is about a retired boxer who meets a woman who is losing her sight.

Back in January, So and Han attended the Hua Hin International Film Festival in Thailand where the film was one of 50 selected screenings.

The film was also shown in some 40 theaters in Thailand from Feb. 2. The movie opened in Korea in October of last year and was a box office hit.

On Sunday, So attended the opening of the “Dutayeon So Ji-sub Gallery,” an art gallery in Yanggu, Gangwon that exhibits various pictures of the Hallyu actor.