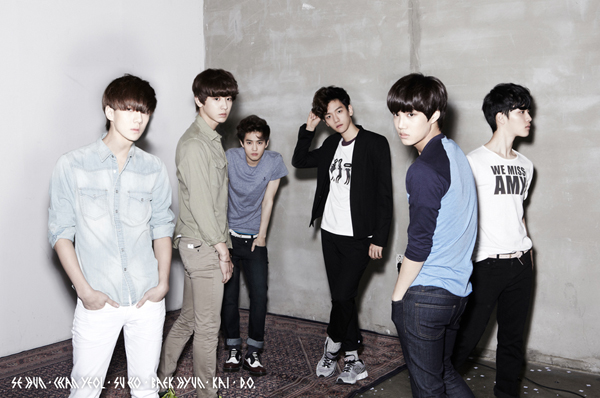 
Newbie boy group EXO has already made a name for itself – even overseas.

Recently, the social network Web site, Tumblr, released the list of the 10 most searched tags on the site in the past 30 days. EXO, which made its debut in April, marked second place after the British pop sensation, One Direction.

The top 10 searched tags were “One Direction,” “EXO,” actor “Tom Hiddleston,” “Love,” “Harry Styles” of One Direction, “Quotes,” “Larry Stylinson,” “Legend of Korra,” “Loki” from the Avengers and “Funny,” in that order.

Tumblr and Twitter, both microblogging social platforms, are already popular among worldwide users; through the Web site, K-pop related posts were gauged to be reaching every part of the world.

Previously, EXO attended the “MBC Korean Culture Festival in London 2012” on June 23 and was received well by local fans there.

Despite the fact that EXO has only been active for three months, its popularity abroad showed the group’s potential as a future Hallyu group.

EXO consists of EXO-K in Korea and EXO-M in China, and the group recently finished its acts with its debut song, “Mama,” in those countries.