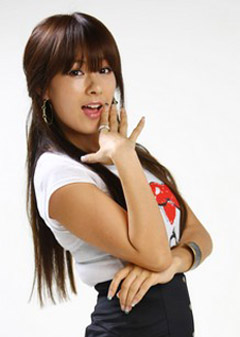 Chaeyeon hit back at “suicide rumors” that started circulating about the singer earlier in the week.

On Wednesday night, a SBS entertainment show said that Chinese media reported that “after being active in China, Chaeyeon has committed suicide.”

The 33-year-old K-pop singer said that as well as being false, the rumor caused her and her family much grief.

“My family was shocked, and my mom called me in hysterics,” she said.

To prove that she was alive and doing well, the entertainer even posted a picture of herself online, looking healthy and happy.

“I had no choice but to take this picture to prove that I’m well,” Chaeyeon said.

Chaeyeon has been busy promoting herself in China of late. Earlier in the year, she was at the center of a court case when her longtime stalker was convicted.

The defendant, a woman, was previously convicted of hacking into various online accounts belonging to Chaeyeon to extract the star’s phone number.