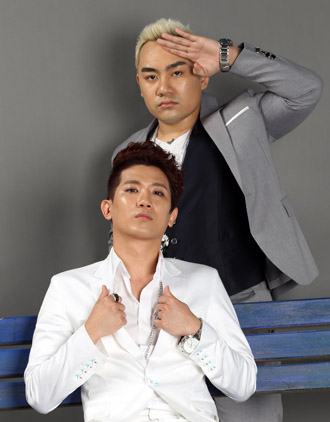 The Pussycat Dolls’ frontwoman Nicole Scherzinger has a cousin who is breaking into the Korean music scene.

Scherzinger’s male cousin, who goes by the name “Mr. Gordo,” is a part of a hip-hop trio Ezis, which made its debut on July 16 with the EP “Music Evolution.”

“Nicole is my cousin, but because she is so busy, we don’t get to see each other that often; we are always cheering each other on though,” said the hip-hop singer.

As well as having a superstar in the family, Ezis is gaining prominence due to the fact that Jay Park took part as a featured artist on its album.

Although active in Korea, Mr. Gordo is a rapper of Spanish descent; however, his family is dispersed throughout the world – from the United States, to Spain and Korea.