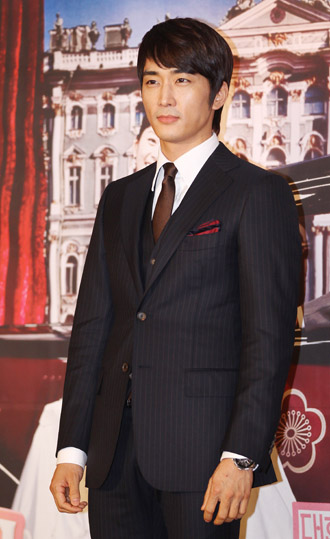 Actor Song Seung-hun topped the list of entertainers with the priciest properties in Seoul.

MBC’s “Section TV” on Sunday reported that Song owns a five-story building in Gangnam, southern Seoul, worth about 16.3 billion won.

The track was released through online music sites on July 6.

“Song completed the recording even with his busy schedule. Thankfully, his sweet voice came in great harmony with the soundtrack,” added the drama spokesperson.