B.A.P is top in Germany

B.A.P is top in Germany 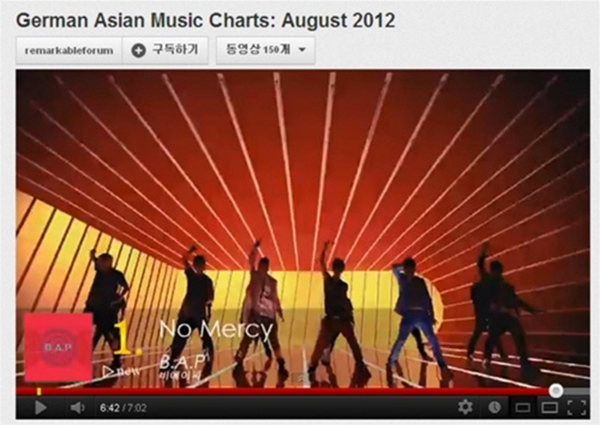 B.A.P has topped the monthly German Asia Music Chart for August with the new song “No Mercy” released on Aug. 18.

The song is also a hit in Asia, topping the Taiwan based weekly K-pop show “g-music.”

B.A.P only made its debut this year, but that hasn’t stopped the six-member boy band from making its mark in K-pop worldwide.

The group’s fan base is growing throughout Asia with the group going on an Asian tour last month.

In May, “Power” was deemed the 10th most popular foreign video clip on YouTube in Russia.