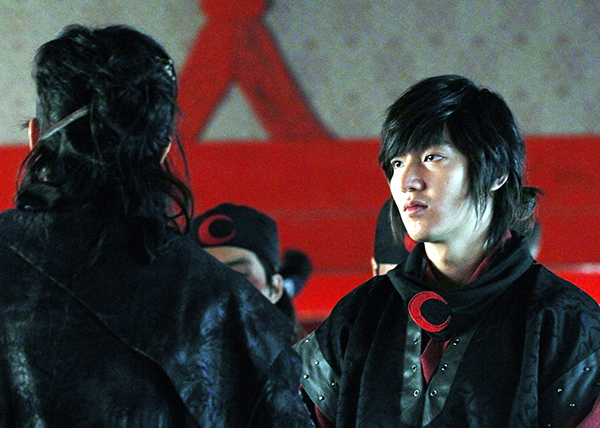 4Men’s Shin Yong-jae has been picked to sing the theme song for Lee Min-ho’s character Choi-young in the drama “Faith.”

SBS said that through the song “Because I Walk Slowly,” Shin will “sing the desperation felt by Choi-young.”

The tune is described as a sensual melody accompanied by an orchestra and piano.

“I love the lyrics,” Shin said upon wrapping up recording.

“I felt the song through my whole being as I was singing. I think I can really relate to Choi-young.”

The SBS drama is about a love story involving a warrior from the Goryeo Dynasty (913-1392) and a female doctor who has traveled back in time. Themes of loyalty and the making of a king is explored in the current hit drama starring Lee and actress Kim Hee-sun.

The drama’s lead actor Lee also made headlines last week when a Shanghai branch of Madame Tussauds produced a replica of the Hallyu actor in its famous wax museum.