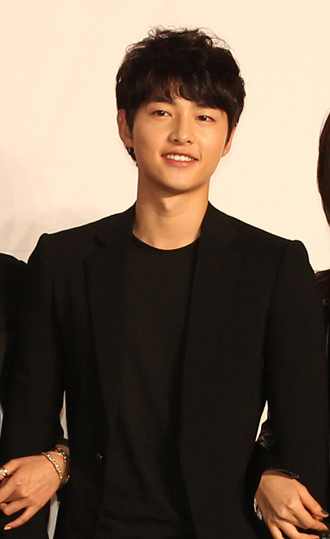 Song Joong-ki’s new drama “The Innocent Man” is causing quite a stir and it hasn’t even begun airing.
The program slated to hit the airwaves on the night of Sept. 12, has been complained about by countless pro-Korean organizations.

The beef that these groups that promote Korean language have against the program is the way that the title has been intentionally misspelt.
According to a spokesperson for KBS, various groups have asked the network to correct the title.
“We are deliberating, but at this point, the show airs tonight, so it’s a bit too late,” said the producer of the show, Bae Kyung-soo. “Furthermore, the title is kind of crucial to the plot because of the twist.”

Bae went on to say that the misspelling of the word “Innocent” in the title is the way that the protagonist writes it and therefore vital to keep.

The drama is about an “innocent man” who becomes jaded when his lover betrays him. The twist is that the man, played by Song, does eventually hit rock bottom and become “innocent” again.