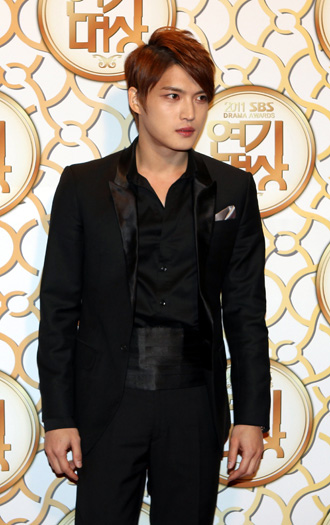 JYJ’s Kim Jae-joong will take off on a fan meet tour next month.

CJeS Entertainment announced yesterday that fueled by the popularity of “Time Slip Dr. Jin,” the singer-turned-actor will meet with fans in China on Oct. 21, Thailand on Oct. 23 and Indonesia on Nov. 3.

“It’s been awhile since his last Asian fan meet, so he hopes to reconnect with his fans and make some special memories along the way,” said a CJeS spokesperson.

“I’m so excited that I’ll get to see my fans,” said Kim. “I can’t wait to talk about all my dramas and upcoming movies.”

The JYJ member is currently wrapping up filming “Jackal is Coming,” to be released in November.

Meanwhile, Kim is really making a name for himself in acting.

His first Korean drama -“Protect the Boss” - aired last year, and it went on to become the Korean drama exported to the most countries.

Currently, a limited-edition DVD on Kim is being produced in Japan, where it will go on sale in November.