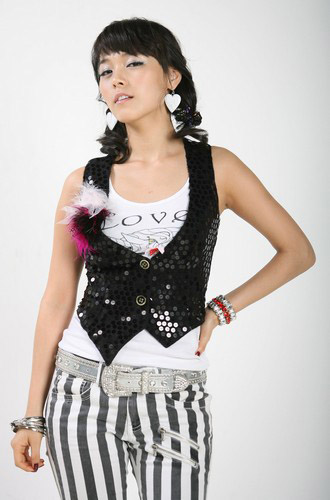 On Saturday, the girl group member used Twitter to assure fans that if wedding bells were ringing, they’d be the first to know.

“It’s a misprint and a lie,” said Sunye. “I am so grateful for all your support since I’ve gone public with my relationship, and if the time does come to share the good news, I will do so.”

According to JYP Entertainment, rumors were fueled by an article in the October edition of Woman Sense. The magazine said yesterday that in its upcoming issue, Sunye’s uncle talked about her wedding plans.

“He said that although they’re not up to the stage of making arrangements, that it’s set that the two will tie the knot,” a magazine spokesperson said.

Since Sunye revealed in November that she was dating a Korean-Canadian missionary based in Haiti, there has been speculation. A few months ago on a talk show, the 23-year-old singer did admit that if she were to marry, she could relocate to Haiti.