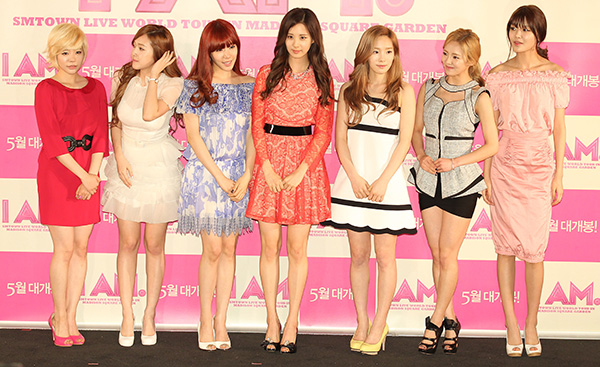 
SM Entertainment relayed the news that Girls’ Generation has managed a “Triple Crown” feat on the Oricon charts.
On Oct. 2, the band’s agency said that by taking the No. 1 spot on the Oricon’s weekly singles chart, weekly General DVD chart and the Blue-ray Chart, the group became the first female artist from abroad to claim three victories in one week.

The girls released their fifth Japanese single, “Oh!” on Sept. 26 to secure the singles chart while their “Girls’ Generation Complete Video Collection” sealed the deal on both DVD charts.
Up until Sept. 28, the group was only on top of the singles and general DVD charts.

“Oh!” was released in Korea a few years ago and was remade for the Japanese market.
By Carla Sunwoo [carlasunwoo@joongang.co.kr]