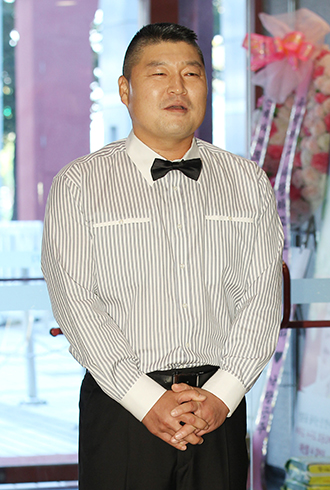 After more than a year away, TV personality and former Korean wrestling champion Kang Ho-dong resumed his spot on the oddball variety program “Star King.”

On Oct. 29, Kang held a press conference before he began taping the show for the episode to air on Nov. 10.
On his comeback show, Kang recited a piano piece and assumed a “newbie-like” manner while telling fans how much he missed them all.

At the press event Kang said that he was nervous leading up to the big day and that over the past year, he had a lot of time to reflect on just how good he had it before he went into tentative retirement.
“I realized just how precious it is to have the public’s love and support,” said Kang who vowed to remember his humble beginnings as he looks to embarking on his second chapter of life in show business.
Kang took time off after he was caught up in tax evasion charges last year.