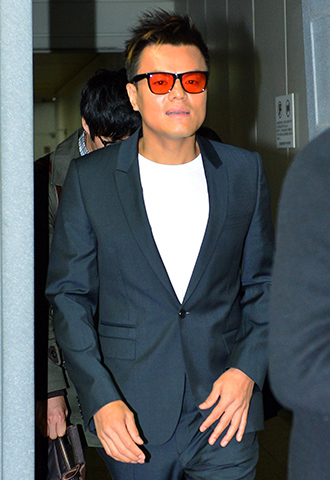 On Wednesday, singer, producer and head of JYP Entertainment Park Jin-young testified in court after plagiarism charges were brought against him.

Park, who has been accused of ripping off the Ash song “To My Boyfriend,” written by Kim Shin-il, said that the song he wrote for IU, “Someday,” was “not an intentional act of plagiarism.”

Park told the Seoul High Court at his second hearing that the incident was “a fluke.”

Although he admitted that the two songs sounded similar, he said he did not intentionally set out to produce a song that was similar to Kim’s.

“If my song is indeed classified as a work of plagiarism, then I can’t vouch that it won’t happen again,” Park said.

Both songs are based on a commonly used melody dubbed the “Money Code,” often heard in K-pop songs.

“If you are out to make catchy music, you are limited in the melody arrangement,” said Park, who asserted many of the 30,000 K-pop songs produced in a year often sound the same.