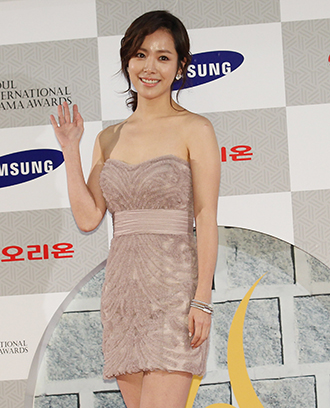 Actress Han Ji-min’s first Japanese fan meet on Sunday at Yomiuri Hall in Tokyo drew more than 1,000 fans, who were dazzled and entertained by the star of this year’s hit drama “Rooftop Prince.”

It was the drama’s success in Japan that led her to hold the fan meet, and she managed an incredible feat: packing a large-scale venue as a woman entertainer.

The ceremony kicked off at 4 p.m. in the afternoon with a video of Han playing before the actress emerged onto the stage while serenading fans.

As well as greeting the crowd in Japanese, Han took time to take photos, talk about her hit SBS drama as well as cooking omurice for those present, just as she did on the show.

When the event drew to an end, the Hallyu actress also shook hands with each and every participant.

Han’s agency said that she was very nervous leading up to the showcase, “but thought it was necessary to express her thanks to fans there.”

Fans were also touched and many claimed they were won over by her showmanship.