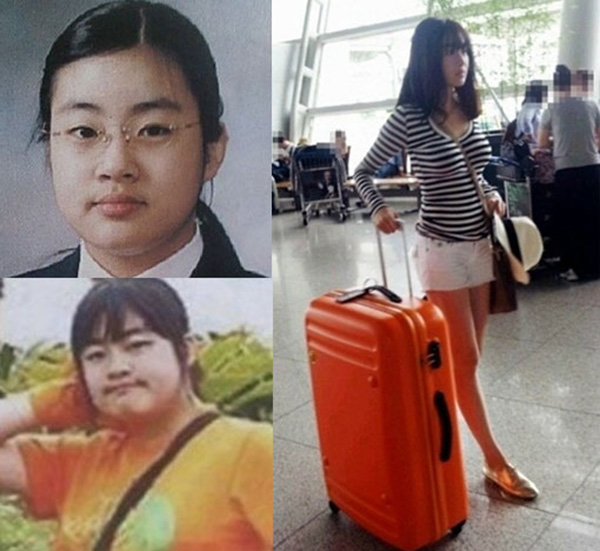 Although it’s not exactly new, pictures of Kang So-ra’s not so svelte past has shocked netizens anew.

Two pictures surfaced online a few days ago in which the young actress can be seen at twice the size she is today.

Many are wondering if weight loss was the only transformation the star went through.

Meanwhile, Kang has spoken many times about her heavier frame from childhood.

“My mom didn’t think I could make it as an actress, and that’s when I decided that I needed to change,” she has said previously.

“Because I’ve spoken about dieting so much, I think I’ll just write a book about it later,” she joked.