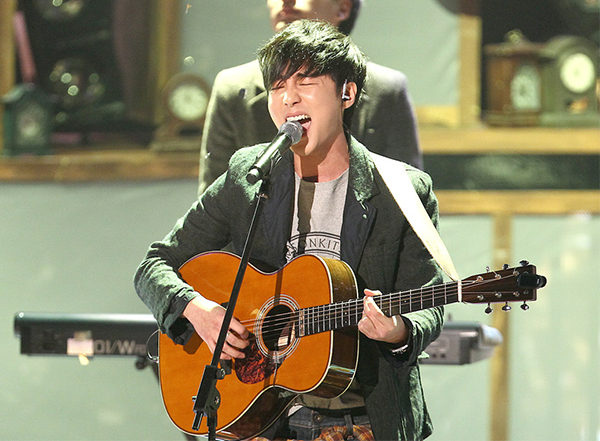 
Roy Kim thanked his fans on his Facebook page yesterday, two days after the 19-year-old edged out DickPunks to win season four of Mnet’s “Super Star K,” one of the Korea’s most competitive talent shows.

“I could sing my way to a miracle at ‘Super Star K’ thanks to undeservedly generous support from you,” Kim said on Facebook. “Thank you so much. I love you all. Peace. Love.”

Kim and DickPunks, a four-man band, competed in the two-way final of the competition show’s fourth season at Jamsil Indoor Stadium in southern Seoul on Friday, where three judges gave them the same number of points after they performed two songs each. Kim won on votes sent in by cellphone.

A total of 2.08 million people auditioned for the latest edition of the audition show.

Kim, who showed off his singing talents in a variety of genres en route to the final, sang “Who Are You Living For?” by Leessang, a hip-hop duo, during the final.