Kim Jang-hoon to release his album via USB sticks

Kim Jang-hoon to release his album via USB sticks 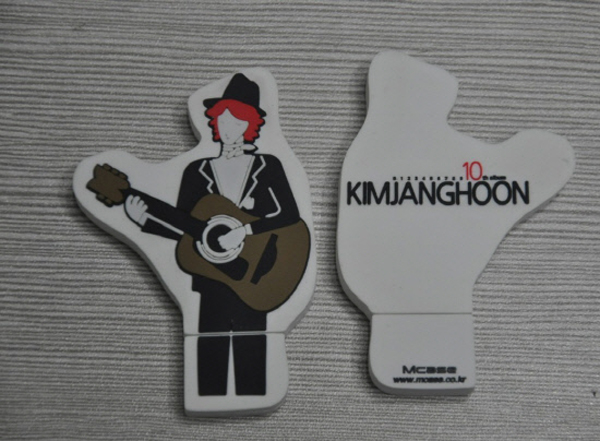 The quirky singer Kim Jang-hoon has decided to release his album via USB sticks.
His agency announced that in addition to CDs, Kim’s 10th studio album to be released Dec.6 will be available via the mobile storage devices.

“The songs on the USB will come in both wave files and mp3 format,” said the agency which added that music videos will also be thrown in the deal.

The unusual move was prompted after Kim’s trip to Las Vegas in January for the Consumer Electronics Show in which he learnt a lot about developments in information technology.

“You also have an additional 3 gigabytes storage space so it’s practical too,” said the spokesperson on benefit of purchasing a USB instead of a CD.
The goods are priced at around 15,000 won ($13) making it affordable.

This year’s been a big year for Kim from being hospitalized, filming a music video with Paris Hilton, having a feud with Psy, and more recently, having a Chinese forest named after him.
By Carla Sunwoo [carlasunwoo@joongang.co.kr]