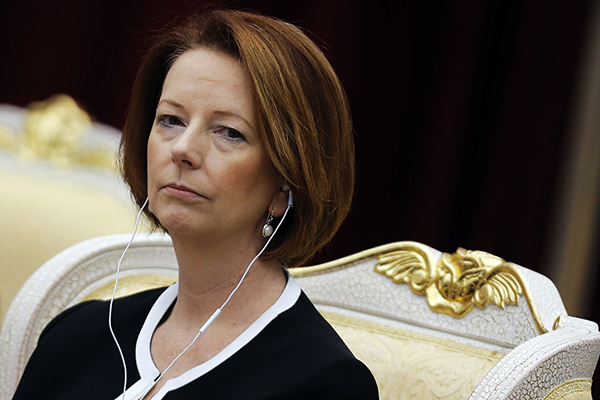 Australian Prime Minister Julia Gillard Thursday weighed into the debate about whether the world will end on Dec. 21 under the Mayan calendar in a spoof video about Korean pop and flesh-eating zombies.

In a one-minute video address recorded for the youth radio station Triple J, a somber-looking Gillard says the pending apocalypse is at hand despite there being no proof.

“My dear remaining fellow Australians, the end of the world is coming,” she says, tongue in cheek.

“Whether the final blow comes from flesh-eating zombies, demonic hell-beasts or from the total triumph of K-pop, if you know one thing about me it is this - I will always fight for you to the very end.”

The prime minister says there is a bright side to armageddon, which she noted had not come as a result of the much-hyped Y2K millennium computer bug in the year 2000 or due to Australia’s corporate pollution tax.

“At least this means I won’t have to do ‘Q and A’ again,” she said, referring to a weekly current affairs talk show. “Good luck to you all.” AFP