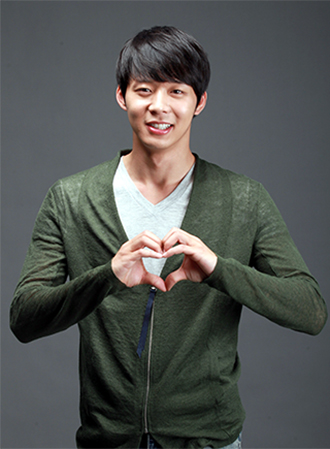 More than 130,000 fans in China have signed up on Park Yu-chun’s Web sites, said CJeS Entertainment.

“The numbers keep multiplying,” said a spokesperson from the agency. “In October, more than 5,000 signed a petition in the space of a week to request a fan meet in China.”

His previous drama, “Rooftop Prince,” was also a big hit there with the program exceeding 100 million views on video-sharing Web site Yuku.com.

The rom-com time-traveling drama chalks up 90,000 views among the Chinese each day.

Meanwhile, the drama he is starring in, “I Miss You,” has amassed more than 4,500 views via Chinese portal Web site sohu.com, since last month. “It is the No. 1 K-drama in the daily, weekly and monthly charts. Even on the general chart, which includes Chinese dramas, the show is No. 4,” said the agency.

This has been a great year for Park. After the success of his first drama, he was voted “Favorite Hallyu Actor” by some four million fans worldwide via portal Web sites Daum.com and Korea.com.