Beast to work up a sweat in Tokyo

Beast to work up a sweat in Tokyo 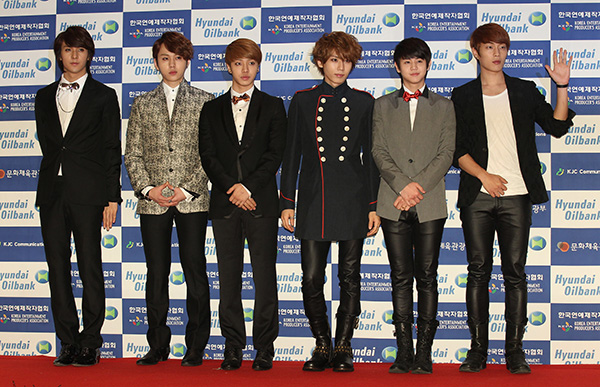 
Boy band Beast will take to Tokyo to hold a fan meet where the group will promote the fitness program bodyArt, which the band is the face of.

The meet-and-greet event will take place on Feb. 6, and the band will sign autographs for fans over the course of two sessions during the day while promoting the fitness video.

The band landed the gig to represent the regime, originally from Europe, last year.
The fitness company said that Beast’s signature look fit perfectly with the way it hopes to promote its brand in Asia.

“To look slim yet toned is the ideal state of the body, and we believe that Beast members showcase the perfect bodies that result from our workouts,” a bodyART representative said upon designating the group as its honorary ambassadors.

The fitness program was developed in 1999 by Swiss gymnast and dancer Robert Steinbacher and is a combination of yoga, pilates, tai chi, basic dance and stretching.