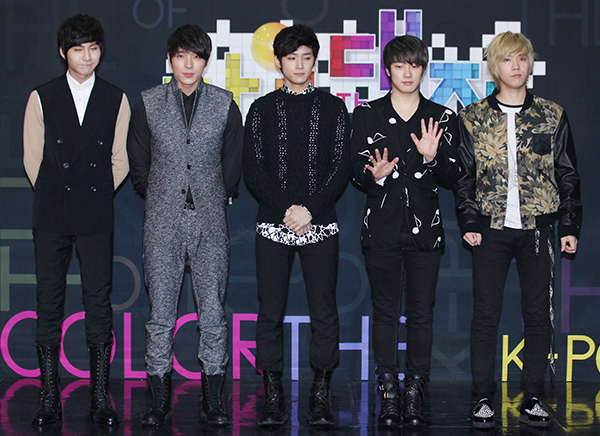 
With days left until its Shanghai concert on Saturday, pictures of FT Island in serious meeting mode have impressed fans.

The pictures, uploaded Sunday, depict the four members looking very professional, a far cry from their usual playful demeanor, as they plan the upcoming leg of the “Take FT Island Concert.”

Its agency also announced that all preparations are now complete for the Chinese performance.

The group kicked off its Asia tour last month in Taiwan and will continue on Saturday.

Around the same time as the tour’s launch, the popular boy band made headlines for having some generous fans.

According to Korea Food for the Hungry International on Dec. 4, the K-pop group and its fan club donated more than 120 books and a computer to a children’s center in Ivory Coast.

“A lot of the kids who have nothing find solace in books,” said a spokesperson from the charity. “Because of the donation we are able to equip a library.”