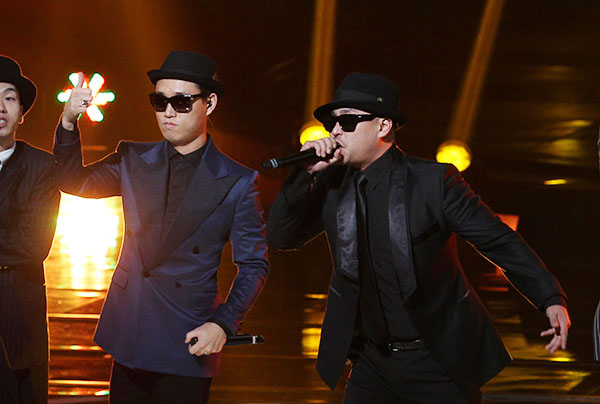 The group performed Thursday at Best Buy Theater in New York and then at Club Nokia on Saturday in Los Angeles. The “Leessang Theater 2” concerts were a joint effort with the U.S. production company AEG.

“Half of the audience were residents, proving that Leessang has the potential to make it in the U.S. market,” said the agency.

Meanwhile, the two members Gil and Garie were stoked at the sellouts and thanked fans for being at the “small but exciting shows.” “We were so shocked that so many non-Koreans came,” the group said.

More than 60,000 fans were treated to the shows which boasted entertainers at each leg of the tour.

At the Seoul show, comedians Yoo Jae-seok and Jung Hyung-don and actors Song Joong-ki and Song Ji-hyo made appearances.