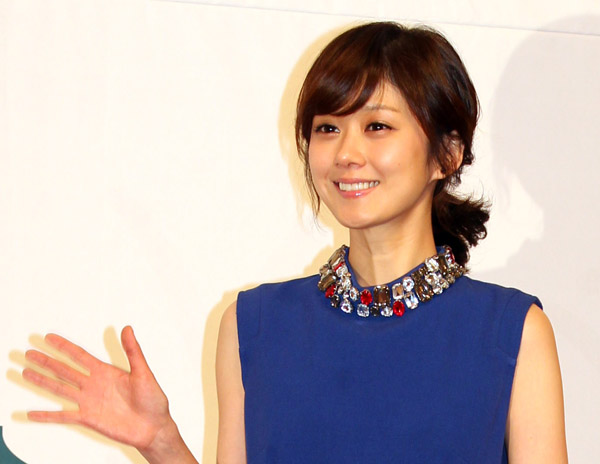 Singer and actress Jang Nara has returned to Korea to meet with local fans after filming the Chinese drama “Red Palanquin” for a month.

She will hold an event in early May to meet with those who have been eagerly awaiting her return.

Also in the works is a “Jang Nara Film Festival” to celebrate her 12-year career in the entertainment industry. At the event, scenes from her movies and dramas will be played, according to local media reports.

“Jang Nara is preparing to do many different activities to thank Korean fans that have supported her for the past 12 years,” said her agency.

Until the morning of her return on Thursday, Jang spent most of her time on set for the drama in China.

“Jang Nara has put her best effort forward during the shoot to thank her Chinese fans and has successfully finished filming,” the agency added.

In the new drama, Jang plays a lead character named Riti who is born with six fingers. She is a member of a family that hosts wedding ceremonies in the early 20th century.