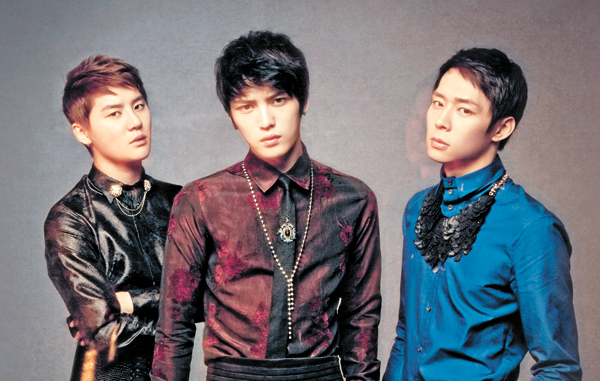 Haneda International Airport in Japan was packed with fans of boy band JYJ as the group arrives to hold a three-day concert at Tokyo Dome from April 2, according to the trio’s agency yesterday.

To greet the members for their first concert in Japan in three years, more than 1,000 fans visited the airport.

“The fans shouted for joy as if the airport was going to collapse,” said the agency. “JYJ got out of the airport safe even with the crowd.”

After the group’s agency CJeS Entertainment saw around 150,000 tickets of the three-day concert sell out immediately after the release yesterday, it had decided to stream the last concert of the three live.