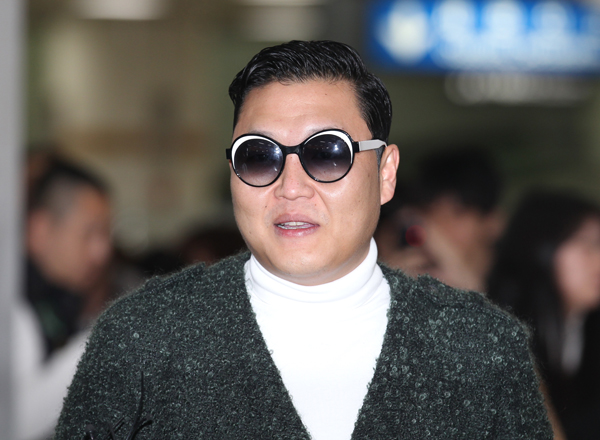 World star Psy has been nominated as one of 153 candidates for Time Magazine’s 2013 Person of the Year on the magazine’s online edition.

It is the second time for a Korean celebrity to make the list after Rain was included twice in 2006 and 2011.

Internet users can cast their vote for the finalists they think are the most influential people in the world.

The ongoing poll will be open until April 12, and the magazine will release the final TIME 100 list on April 18.

“The sharp-dressed Korean pop star whose ‘Gangnam Style’ sparked a worldwide phenomenon,” is how the magazine described Psy.

Among the other candidates, CEO Kwon Oh-hyun of Samsung Electronics is the only Korean.

Earlier this week, Psy released a poster that has him wearing all types of white clothing, including a wedding dress. For his first solo concert named “Happening” this year on April 13 at the Seoul World Cup Stadium in northwestern Seoul, Psy set the dress code as white.

Psy tweeted that he wanted to see a total white-out at the concert.