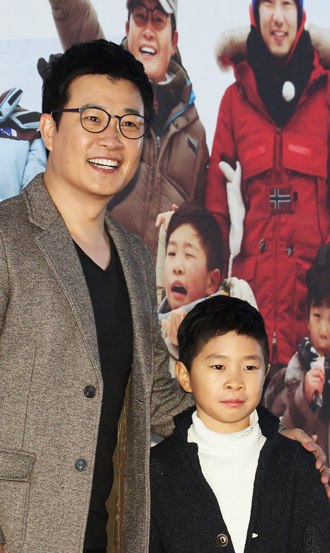 Kim recently signed a contract to be a model for the company with his son Min-guk and will donate proceeds to Community Chest of Korea and other charities.

It is rare for a model to donate 100 percent of money earned from a job.

The father and son were chosen as they garnered attention in the reality show “Dad, Where Are You Going?”

In it, Kim made a dish of instant noodles called JJapaguri, a mix of the Nongshim products Jjappaghetti and Nuguri.