Lee Hi to appear with Psy in concert

Lee Hi to appear with Psy in concert 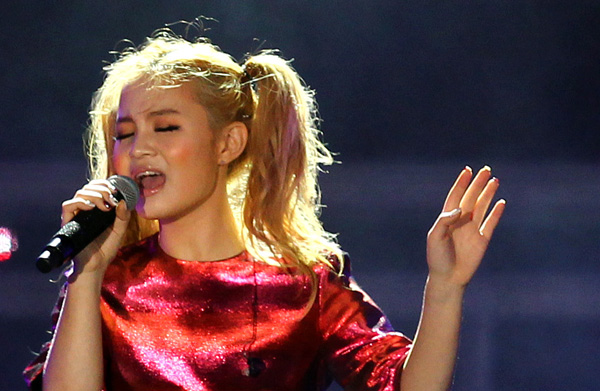 The show is a rare chance for the rising singer to perform in a large-scale concert with around 50,000 fans watching live and on YouTube.

The 3 billion won ($2.7 million) event will be a major test for Psy, who is seeking to continue the huge success brought on by the hit single “Gangnam Style.”

All audience members at the concert, titled “Gentleman” after the name of Psy’s new song, have been asked to wear white.

G-Dragon of boy band Big Bang will also perform as a special guest.

Many industry experts are waiting to see what response Lee gets from K-pop fans overseas as she plans to go international in the future.

Lee’s quick rise to fame since a song release last year and her broad fan base impress many. She also plans to perform a new song called “Rose” for the first time on the Mnet music show “M Countdown” today.