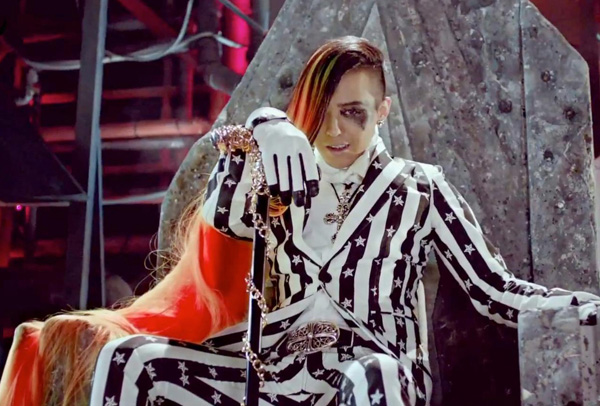 G-Dragon of Big Bang continued his performance in Japan even after he injured himself during a concert on Saturday.

In the first day of his three-day program in Osaka as part of his world tour “G-Dragon 2013 World Tour - One of a Kind - In Japan Dome Special,” he fractured his ankle and was told he needed treatment for at least two weeks.

However, he decided not to cancel the concert and appeared onstage with a crutch despite his pain.

To encourage the injured member of the boy band, Daesung and Taeyang joined G-Dragon on the stage and performed hit songs such as “Bad Boy” and “Fantastic Baby.”

“Today, fortunately, the second show in Osaka ended, and I’m very much thankful for everyone who came today,” he said on his Line account Sunday.

“It was great encouragement, and I sung harder [than ever] although I wasn’t able to show lots of movement, so I hope [you enjoyed].”

He will keep his tour schedule in Japan.