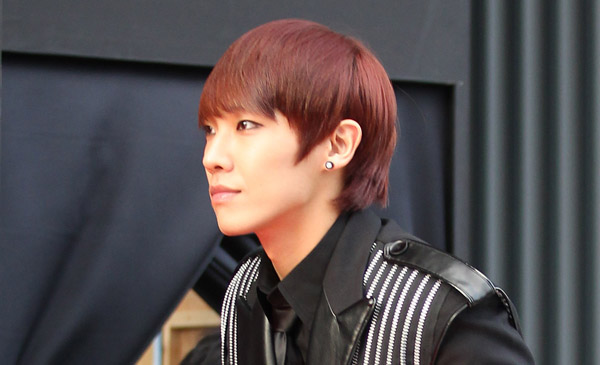 Lee Joon of MBlaq has filmed a skit with Miranda Kerr that will air on “SNL Korea,” a local version of the popular U.S. comedy show “Saturday Night Live.”

Lee wore a ballet body suit and plays a wannabe model. He is overcome by shyness when he runs into Kerr.

This is Lee’s second time on the program. He previously appeared with other members of Mblaq in a parody of the movie “Black Swan.”

Actor Lee Beom-soo of KBS drama “Iris 2” also took part in the segment with Kerr. He played a bully.

While on KBS talk show “Happy Together 3,” he joked that it is OK to spend less on other members as they are all from wealthy families. Host Yoo Jae-suk and others have criticized the star for being too stingy.

He also shared tips on how to save money on snacks.

He recommended buying 1.5-liter (50-ounce) bottles instead of getting single cups of coffee at franchise stores like his fellow band members do.